Copenhagen is best known for hygge, extraordinary architecture, and inspiring design – but when anyone asks me about the beautiful Danish capital, it’s the silent and unimposing statue of The Little Mermaid that comes to mind.

As a voracious reader, many of my childhood hours were spent reading the fairy tales and short stories written by Danish author Hans Christian Andersen. Andersen’s fairy tales often revolved around desire, society and class, and the beauty in loss, and his works inspire writers even today. Of course I had to follow in his footsteps and learn about his life in Copenhagen.

With this mission in mind, I created my own walking tour of Copenhagen that integrates landmarks and attractions associated with Hans Christian Andersen. Even if you’re not looking for a literary tour, this 1-day itinerary will cover many of the cities’ historical attractions!

The ornate facades of the Copenhagen City Hall and surrounding buildings are a great introduction to Copenhagen’s classical architecture. Walk along to the side of the City Hall Building along H. C. Andersens Boulevard and you’ll find your first Hans Christian Andersen statue, decked in top hat and gazing out across the road. You can also walk back across the square to the Palace Hotel to the H. C. Andersen Fairy-Tale House for a depiction of Andersen’s life and travels.

Hans Christian Andersen was born in Odense in 1805, but moved to Copenhagen at the age of 14 after his father died and his mother remarried. He published his first story, The Ghost at Palnatoke’s Grave, in 1822 while he was still in school. In 1833, at the age of 28, he began his first travels around Europe and it was during this period that he published his highly acclaimed fairy tales, as well as poems and travelogues.

As you head along Strøget, downtown Copenhagen’s main shopping street, you’ll inevitably spend more than the 15 minutes needed to reach Nyhavn. To save time, ignore the familiar international brands and focus on the distinctively Danish boutiques, galleries, and homeware stores – you’ll know them by the sleek interiors.

Turning off Kongens Nytorv (King’s New Square), you’ll soon spot the colorful townhouses of Nyhavn. Hans Christian Andersen lived along the canal during his various years spent in Copenhagen: at No. 20 in his youth, then No. 67 from years 1845-1864, and eventually the first floor of Nyhavn 18 from 1871-1873. 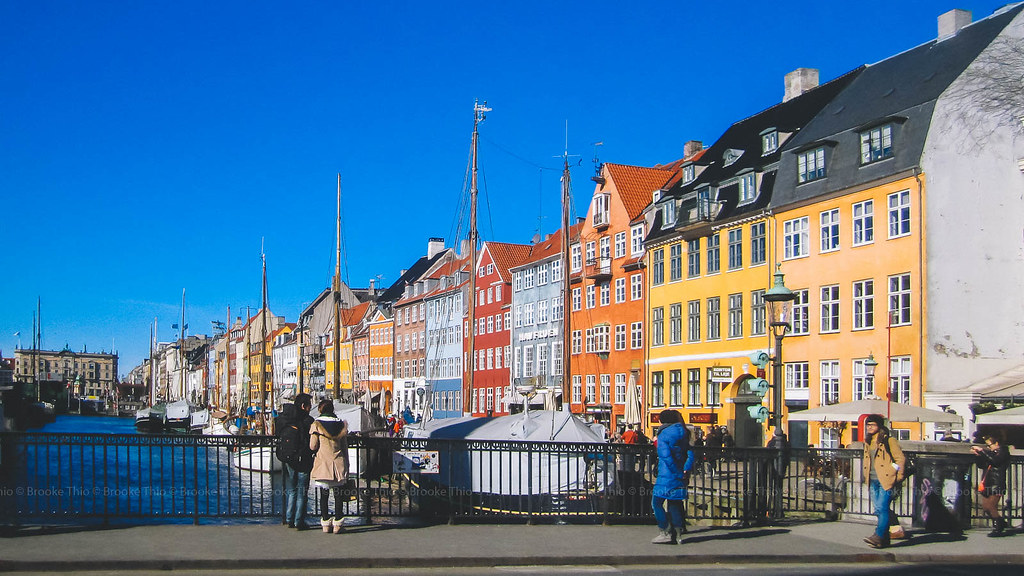 Today, Nyhavn 18 houses a souvenir shop while a memorial plaque remains at Nyhavn 67, together with a “HC Andersens Café” that I would not recommend. If you’re going to indulge in a meal with a view, get your money’s worth with fresh lobster dishes at Hummer or hearty mains at Cap Horn. Tight budget? Grab a sandwich and a local beer, sit down on the banks canal with your legs dangling over the water, and enjoy. (That’s what I did!)

Written in 1836 as a ballet, the famous tale of The Little Mermaid is one of Andersen’s most complex and has seen hundreds of translations and adaptations, as well as numerous interpretations – so much so that a bronze statue of the mermaid, erected at Langelinie pier in 1913, has become an icon of Copenhagen.

[Unfortunately I can’t share a photo because she’s protected by copyright law.]

Tourists often clamor to see the iconic statue of The Little Mermaid, only to end up complaining that it’s not larger or more impressive. But consider this: it’s precisely her human size that makes her story of exploration, love, and sacrifice so real; her smallness magnifies her sorrow. Den lille Havfrue is worth seeing in person – and instead of trying to snap a selfie with her, I encourage you to simply appreciate her beauty.

Few would think of visiting a cemetery when on holiday, but Assistens Cemetery is unlike most other burial grounds: it’s home to the graves of legendary individuals like philosopher Søren Kierkegaard, Nobel Prize-winning physicist Niels Bohr, poet Michael Strunge, and Hans Christian Andersen himself. The lush grounds also serve as a public park frequented by locals. 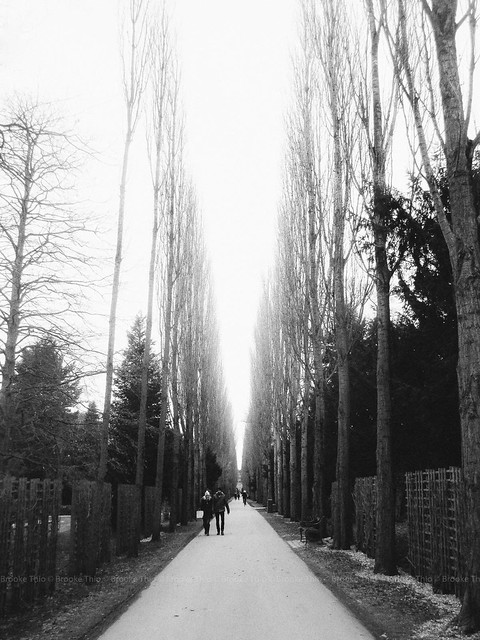 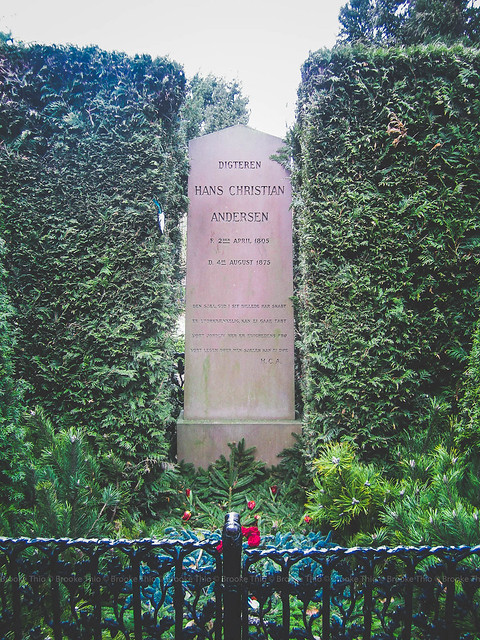 Hans Christian Andersen died on 4 August 1875 in a close friend’s home, and was buried here in the family grave of his benefactor Jonas Collin. You’ll find his gravestone in a shaded spot in the middle of the cemetery, surrounded by evergreen shrubs and blooms.

The stone is inscribed with the last 4 lines of his poem Oldingen (The Old Man):

The soul which God in his image created,
Is incorruptible, can not be lost.
Our life on earth is the seed of eternity,
Our body dies, but the soul can not die!

Indeed, Andersen’s soul has lived on in his eventyr – his fantastic tales.

This would be the perfect spot to end your self-guided walking tour with a picnic, if not for the fact that Nørrebro district is known for its hip bistros, art and craft galleries, and food markets. Michelin-starred Relae and specialty roasters The Coffee Collective are credited with the transformation of the once-dodgy Jægersborggade (street), while Torvehallerne food hall/market reflects the area’s multicultural demographic with everything from ham to beer to sushi. I say stuff yourself to your heart’s content, then walk it off on your way back to your accommodation!

Where to Stay in Copenhagen

In design-conscious Copenhagen, even the hostels are chic: consider Generator Copenhagen or Urban House Copenhagen.

Not on Airbnb yet?

Other things to Do in Copenhagen

Apart from this walking tour of Copenhagen, here are some attractions that I highly recommend.

Compared to many other cities, Copenhagen is small and easy to explore by foot; you can reach most places within 30 minutes’ walk and save on the expensive transport fares (a single-trip ticket for the bus or metro starts from DKK 24, or US $3.80).

Have you explored these places and did you “find” Hans Christian Andersen? What are your favorite places in Copenhagen?