Getting Around Seoul Like a Local: A Public Transport Guide

Seoul (서울), capital of South Korea, has an efficient, extensive public transport system that’s used by over 10 million local residents – and tourists like you and me. This includes the Seoul Metropolitan Subway (Seoul Metro), as well as public buses and regional rail/bus services.

I’m going to explain how you can use public transport for getting into Seoul, getting around Seoul, and getting to other places in South Korea from Seoul. If you have a question that’s not answered here, leave a comment so I can help you out and improve this guide!

Before Arrival: what you need to know

If you’ve been checking Seoul out on Google Maps, you’ll realize that you can’t interact with the map by clicking on subway stations or bus stops. Due to national security laws, Google Maps for South Korea is static and public transport directions are unreliable (driving directions are completely unavailable on Google Maps.)

Hence, to plan your rides around Seoul, I recommend using these:

The top attractions in Seoul are served by the Seoul subway and you’re likely to use only that, without ever setting foot on a public bus (seriously, there are 447 stations just on the main lines 1-9!) Nonetheless, I’ve included information about using public buses too.

While you’re planning your trip, check out the best places to stay in Seoul.

On Arrival: the T-Money Card

Incheon International Airport (ICN) is South Korea’s main international airport and you’re most likely to land here when visiting South Korea. The first thing you should do upon arrival is to get your fare card: the T-Money card. 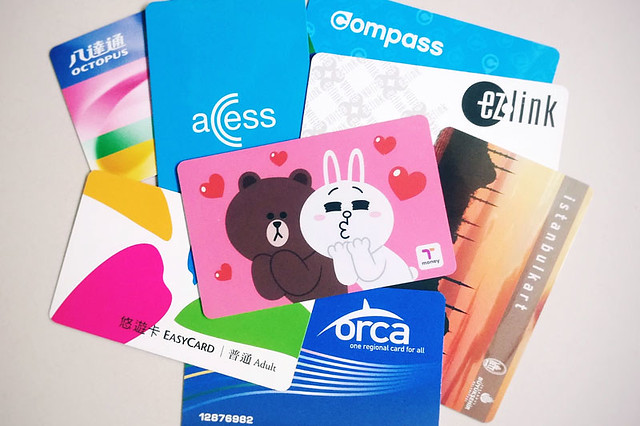 What is T-Money? T-Money is a contactless, reloadable farecard used for public transport in Seoul, as well as nearly all other cities. There are also accessories like phone charms or keychains with the T-Money chip embedded in them!

What can T-Money be used for? Apart from being a public transport fare card, T-Money can also be used to pay for taxi fares and purchases at convenience stores, cafes, and fast food outlets like McDonalds.

Can T-Money be shared? No. Each traveler needs their own card for the Seoul subway, although the card can be shared when taking public buses.

Does the T-Money card expire? T-Money does not expire, so there’s no need to refund them if you’ll be visiting South Korea again! However, if you have a T-Money card from before 2014, you’ll want to get a new one: a new “One Card All Pass” system was introduced in 2014 that makes T-Money usable on express/intercity buses, toll booths, railroad stations, and public transport in other cities outside Seoul.

Do I have to use T-Money? Single-trip Seoul subway tickets are available for purchase at all stations, and cash is accepted on buses, but your fare will cost more. Trust me, you’ll be using T-Money and the subway very frequently in Seoul!

Getting from Incheon Airport to Seoul: the AREX

The AREX (Airport Railroad Express) is the metro line connecting Incheon airport to Seoul. There are two train services available: Express and Commuter.

The AREX makes a good tutorial for using the Seoul subway. Here are some basics to prep you when you arrive all bleary-eyed at Incheon Airport subway station:

Alternatively, you can also get to Seoul by airport bus, which may be more convenient if you’re lugging a heavy suitcase along or staying in Gangnam district. Prices vary based on the route and type of bus. If you like to be prepared, the KAL Limousine Bus serves tourists going to City Hall, Namsan, Gangnam, COEX, and Jamsil and you can buy a voucher online in advance, at a discount. ⇒

Getting around Seoul: taking the Seoul subway

The Seoul metro system actually comprises both above-ground and underground stops, but in the downtown region almost all stations are underground. When it comes to accessibility, the Seoul subway isn’t super wheelchair-friendly: many older station exits only have stairs and escalators. On the interactive subway map, click the “Elevator” or “Wheelchair Lift” tabs at the bottom of the screen to see which stations have accessibility facilities.

As you can tell from this map, the many subway lines and station exits can make your head spin. I highly recommend you download the apps mentioned earlier.

Check out this video below to see what it’s like riding the subway in Seoul!

Getting around Seoul: taking public buses

It’s highly unlikely that you’ll need to take a bus in Seoul, but if you do, enjoy the ride!

When getting around Seoul in trains and buses, take note of the following:

Should you get a Seoul subway pass or tourist pass?

In Seoul, there are so many subway passes offering special privileges and discounts to tourists that choosing the right one for you can be quite a headache. Here I’ve shortlisted four popular Seoul tourist passes for you; I left out passes that were not T-Money – those still work for public transport in Seoul, but may not be valid in other cities or retail merchants.

From KRW 15,000 (1-7 days) Gives you up to 20 free rides a day on Seoul subway lines 1-9, blue and green buses, and the AREX commuter service (arrival/departure from ICN). Pretty good deal if you take at least 8 rides a day.

KRW 39,900/55,000 On a whirlwind tour of Seoul? This pass lets you visit Seoul’s most famous palaces, museums, and landmarks for free within 24-48 hours. Personally, I don’t like the rush. Learn more

KRW 4,000 I find this to be the best Seoul travel pass for tourists – it doesn’t cost much more than a standard T-Money card, yet comes bundled with plenty of discounts for attractions and tours!

KRW 50,000 This card actually comes pre-loaded with KRW 46,000 that you can use for 10% off airport limousine bus rides. Besides that, there’s nothing really special about it.

Traveling from Seoul to other places in South Korea

Getting to South Korea

While visitors to South Korea tend to lavish their attention on Seoul, there’s a lot to see and do around all of South Korea – from viewing cherry blossoms to hiking (Koreans’ national pastime), staying in temples, and learning about folk culture.

The best part? Getting around South Korea is a breeze. Thanks to the KTX high-speed rail network, getting from Seoul to Busan in the southeast takes just over two hours. This map shows the rail lines in South Korea; you can purchase single-trip tickets or get the Korail Pass, which allows you to take unlimited train journeys for the duration of the pass. (Tip: get your Korail Pass cheaper at Klook 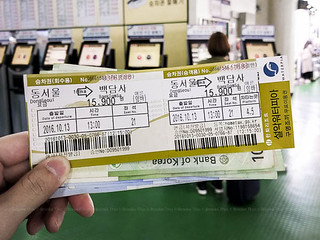 For destinations not accessible by rail, there’s no lack of express buses (click the top-right link to choose English) and intercity buses to take you wherever you want to go. You can even pay for your tickets using…wait for it…T-Money!

Remember: your T-Money card can be used for the subway in other cities like Busan, Daegu, and Incheon, as well as all buses in Gangwon-do (Gangwon province). Happy travels!

I hope this post answers all your questions on how to get around Seoul using public transport! What else would you like to know about exploring Seoul?