9 August is Singapore’s National Day, and I’ve been so occupied with work that I haven’t been blogging as I should, even though I have lots of material *shamefaced*. Therefore, I decided that I must share something about this wonderful island I call home.

Many visitors to Singapore are often here on a layover, stopping for only two or three days before moving on to other destinations. Given our size, it’s not surprising that travelers tend to allocate less time to exploring Singapore – in fact, I usually show fellow Couchsurfers around Marina Bay because they’re only in Singapore for a night or two. As a result, the most common adjectives that fellow travelers use to describe Singapore are “clean”, “modern”, and “efficient”.

Singapore may be a very young country, but we have a colorful culture that resides in our homes, in the neighborhoods outside of the central business district and Orchard Road. And we may be a small country, but each neighborhood has a very different energy about it thanks to how different groups of immigrants have historically resided in specific areas.

If you have some extra time on your vacation, do consider spending more time in Singapore exploring these estates.

Built in the 1930s, Tiong Bahru Estate is one of the oldest housing estates in Singapore. The flats (apartment buildings) are unique in their architecture – low-rise buildings with curved facades, spiral staircases, and ground-level units, a contrast from the skyscrapers and all the other high-rise plebeian flats. In recent years, the place has become home to unique shops like independent bookstore BooksActually, specialty cafes, and design miscellanies that sit among decades-old establishments, making for a tranquil getaway from the chain retailers and malls.

Walking along Geylang Road with its colorful shophouses, you’ll realize that the area is famous for two things: durians and prostitutes. However, the red light district is restricted only to certain “lorongs” or lanes in Geylang and many locals frequent the neighborhood for its good food such as beef noodles and frog porridge (and durians, of course). Bird sellers, antique stores, and Chinese clan associations cater to the older wartime generation of Singaporeans. 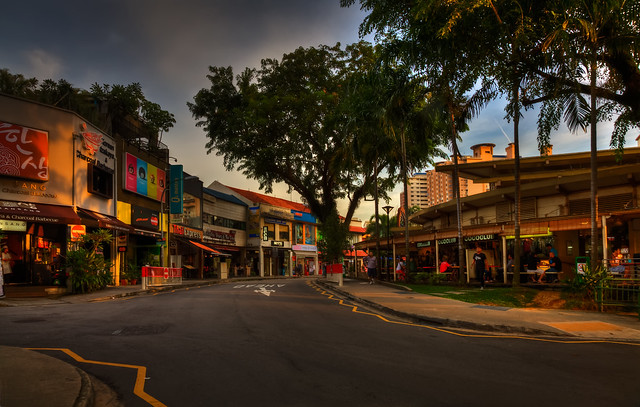 Named after architect Hugh Holland, this enclave of shophouses is often crowded with expats living in the surrounding private condominiums, as well as locals looking for a place to chill out. The village is filled with pubs offering live music and live football telecasts, and restaurants serving a world of cuisine – Chinese, Indian, Italian. Japanese, Korean, Lebanese, Mexican, Mediterranean, Thai, Vietnamese…you get the drift. The quirky old Holland Village Shopping Centre also houses a bevy of nail salons and Southeast Asian art/craft stores.

Great for: chilling out 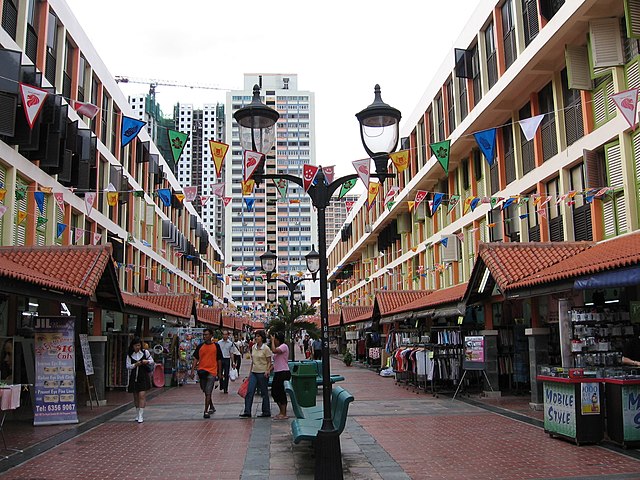 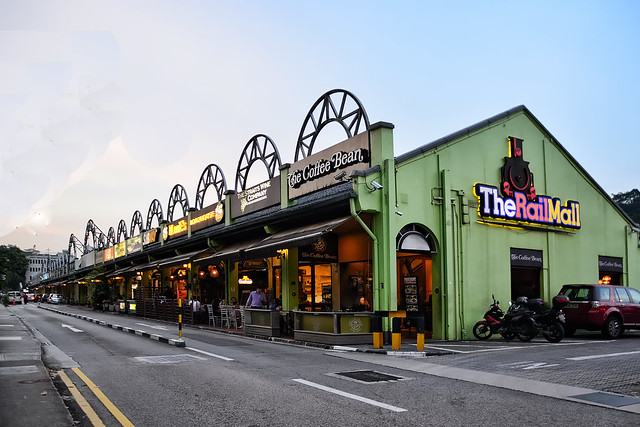 Malay for “tin hill”, the Bukit Timah district is named after the highest point in Singapore and is one of the most expensive neighborhoods to live in. With much of the island covered in concrete, many enjoy visiting the hill and Bukit Timah Nature Reserve for some fresh air and a change of scenery. Bukit Timah was also Singapore’s last stand against the Japanese during World War II and worth visiting is the Old Ford Factory along Upper Bukit Timah.

Compared to the other neighborhoods above, Toa Payoh New Town is a relatively modern satellite town but has a genuine heartland flavor to it. Wet markets, Traditional Chinese Medicine shops, household goods vendors, and bakeries that pay no heed to fancy facades reflect the more realistic, down-to-earth nature of everyday Singaporean life. Don’t be surprised to hear conversations in Hokkien and Cantonese or find people staring at you if you’re an ang moh (Westerner).

Great for: “authenticity” (I know…ugh.)